Home » Philosophy of Language » Musing: John Wisdom on the Meaning of the Questions of Life

Musing: John Wisdom on the Meaning of the Questions of Life

This is the first in a series of musings
from the University of Liverpool’s Michael Hauskeller.

What do we mean when we ask about the meaning of life? Does the question even make sense? Grammar may suggest it does, but grammar is a very unreliable guide. Perhaps the question ‘What is the meaning of life’ is not at all like ‘What is the speed of light?’ or ‘How tall is the Eiffel Tower?’, both of which make sense and can be answered. Perhaps it is more like ‘Which colour does the number seven have?’ or ‘What are the exact measurements of this thought?’, neither of which can be answered since we cannot make sense of them. In these cases we cannot understand what is being asked, not because we are not clever enough but because the questions themselves are incomprehensible—numbers have no colours and thoughts no spatial dimensions. 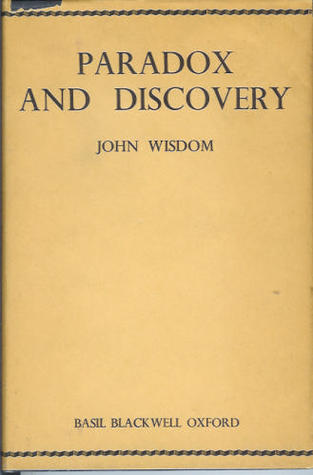 It is tempting to dismiss questions about the meaning of life as similarly nonsensical. Words have meaning, sentences have meaning, texts have meaning; but life is not a word, a sentence, or a text. Unless we wish to regard the world as a kind of three-dimensional message from its creator — the ‘book of nature’ — that we can decipher and ‘read’ like any other message, it is just not the kind of thing that can have meaning. We are simply committing a category mistake when we ask questions like this. In his essay entitled ‘The Meaning of the Questions of Life,’ however, British philosopher John Wisdom argues that even though there are good reasons for thinking this question is meaningless, it is in fact meaningful if approached in the right way. What is interesting about this essay is Wisdom’s making a very good case for thinking the question meaningless before turning around and arguing, less convincingly, that it makes sense after all.

So how does it not make sense? Normally, when we ask with respect to a given situation ‘What is the meaning of this?’, we do not want to know what is going on but why it is going on, e.g. what has led to the quarrel we are witnessing or what causes the symptoms we suffer from. When we ask this question, in other words, we are asking for something that went on before or will come after, and in any case something that lies outside that about which we are asking. Now, if this is what is required to answer the above question, then it is clear that we cannot meaningfully ask it about the world in its entirety since there is nothing outside of everything. Just as we can meaningfully ask what supports an object and what then supports the object beneath that and so on, but not what supports everything, so too can we meaningfully ask about the meaning of this event or that event, but not about the meaning of all events taken together.

But according to Wisdom, there is a sense of meaning that is compatible with asking ‘What does it mean?’ about a whole rather than merely a part (whose meaning always consists in its relation to the other parts as well as the whole). We can, for instance, meaningfully ask about the meaning of a play we have watched, and this would not be absurd since ‘our words express a wish to grasp the character, the significance of the whole play’, and an answer to this could tell us whether the play is ‘a tragedy, a comedy or a tale told by an idiot’. So when we ask about the meaning of life, ‘we are trying to find the order in the drama of Time’ (259). In either case, whether we ask the question about ‘dramas of art or of real life’, the question clearly makes sense even though the drama in question may be too complex for our understanding — which is why we should not expect to be able to ever come up with a simple, straightforward answer. We may still be able to offer a helpful description, though, as long as we remember that we can never give a complete and final account of ‘all that there is in the matter’ (260). ‘Indeed surely the historians, the scientists, the prophets, the dramatists and the poets have said much which will help any man who asks himself: Is the drama of time meaningless as a tale told by an idiot? Or is it not meaningless? And if it is not meaningless is it a comedy or a tragedy, a triumph or a disaster, or is it a mixture in which sweet and bitter are for ever mixed?’ (260).

So what is wrong with this argument? I am inclined to agree with Wisdom here and say there is no straightforward answer to this question, and that we are unlikely to be able to say ‘this is the meaning of life’ regardless of how ‘this’ is defined (Douglas Adams’s ‘42’ being just as good as any other possible answer). So, no, it cannot be that simple; and, yes, we can certainly learn a lot about life from poems, historians and others without ever getting the one and only correct and final answer from any of them.I am, however, suspicious of the analogy between life and a play. Of course it makes sense to ask about the meaning of the latter; there is, after all, somebody who has actually written it, and they must have had certain intentions to articulate certain ideas when they did so. A play has meaning because there is intent in it, and where there is intent there is always some kind of message (however vague and hard to articulate) that we may decipher and to some degree understand. But life may not be like that at all. If there is no divine playwright then life is not a play, and if it is not a play then it is not a comedy or a tragedy either. It may be sad or enjoyable, bitter or sweet, but those things do not constitute its meaning: they are just some of its relational properties. A play is unlikely to be a ‘tale told by an idiot’, but it might be just that if the author is indeed an idiot, while life is never a tale because it is not told by anyone, idiot or otherwise. Life may be said to have a certain ‘character’, but does it also have ‘significance’? These things do not seem to be the same; and even if life does have the latter, because it is rather like a play, then the former must ultimately derive from something outside of it (namely the intention of a divine playwright) which is not itself one of the play’s characters. In this case the meaning of life would not be the meaning of everything, and the question ‘What is the meaning of everything?’ would still make no sense since everything can no more be a play (and hence a comedy or tragedy) than it can be supported by something.

Michael Hauskeller is Head of Department at the University of Liverpool. ‘Can philosophy provide an answer to these questions?’ he writes. ‘I don’t know. All we can do is keep on trying. Perhaps what matters is not that we find an answer, but that we keep the question alive.’

Tags: john wisdom, meaning of life, michael hauskeller, the meaning of the questions of life

By The Oxford Philosopher in Philosophy of Language on October 17, 2018.
← A New Refutation of Time Review: Head in the Clouds: An Invitation to ‘Philosophy’ by Tyler Olsson →